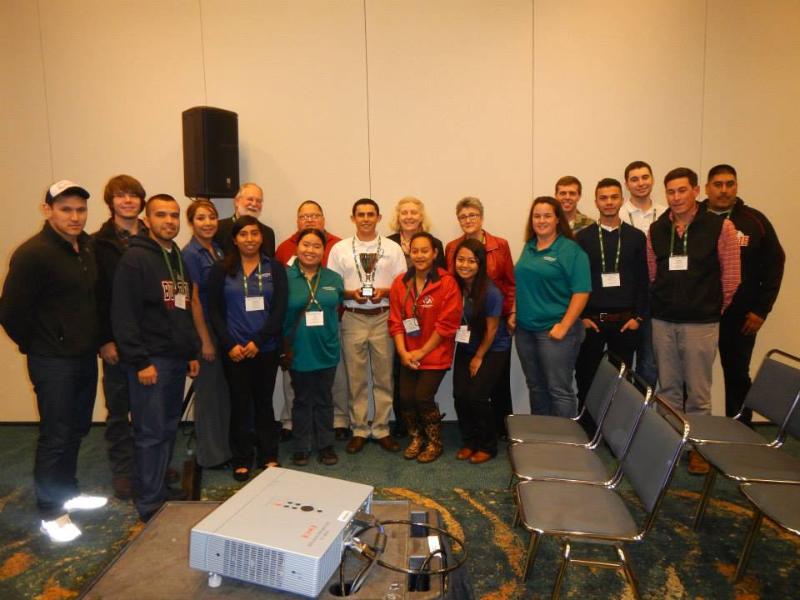 A delegation of 14 Plant Science Club members was able to attend the conference from Associated Student Incorporated funds and cheered for the Club’s accomplishment. Additional students competed in the College Quiz Bowl, Crops Judging Contest and served as delegates for the national SASES meetings.

Mala To, Plant Science Club president, said “I am very proud of our accomplishments and involvement in this year’s club activities. Next year, our club members will be going to Minneapolis, MN to compete and bring home the Trophy again.”

The Club members had a breakfast meeting with Dr. S. Rajaram, the 2014 World Food Prize Recipient who was recognized for his contribution in feeding the world. Following the conference, the group toured the CSU Chancellor’s Office in Long Beach.

An event website is located at https://www.acsmeetings.org , and more information on the Fresno State Plant Science club is available at its /jcast/plantsci/clubsandorgs.html website.