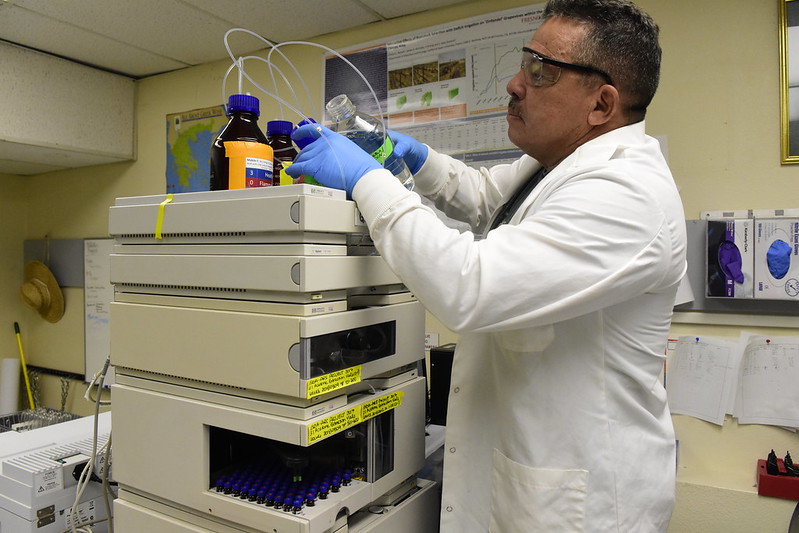 In a special Veterans Day student spotlight, graduate student Anthony Reyes is committed to sharing his love of grape growing with others and trying to help solve a key issue.

The 66-year-old Central Valley native received his viticulture and enology undergraduate degree from Fresno State in 2019, and is now helping research Pierce’s Disease - a bacterium that can restrict the grapevine’s xylem and its ability to carry water to the leaves, which can eventually kill the plant.

His love of agriculture started at a young age when he worked with his large family in vineyards and with other crops near Hanford.

After high school, he eventually became a California Highway Patrolman for three decades and also served as a First Sergeant in the California Army National Guard. After he retired from both organizations and overcome bladder cancer, he resumed his academic path, which next led to three associate agricultural degrees from the College of the Sequoias.

Read more about the Viticulture Club member’s commitment to serving the community, state and nation, and what’s ahead after he hopefully receives his master’s degree in May 2023 in this recent interview.

Q: Why did you choose to attend Fresno State, and how did you pick your major?

Reyes: “I was attracted to Fresno State because of its agricultural emphasis and viticulture and enology department. I’ve always been interested in these areas since I grew up working in vineyards north of Hanford. I remember picking table and raisin grapes with my family as early as about five years old until about the age of 12. It’s always been something in the back of my mind to go back (and get an ag degree) when I was older.” 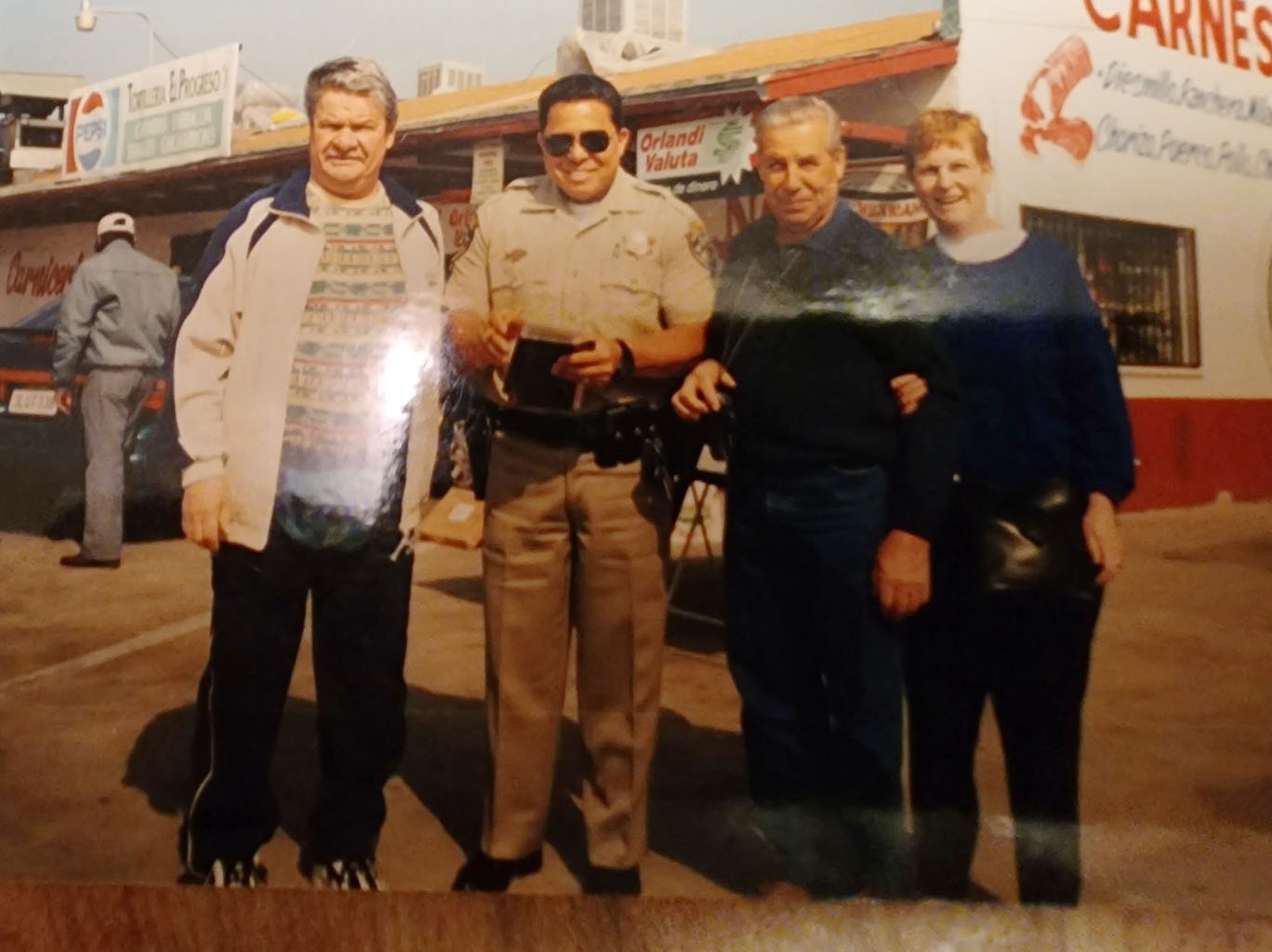 Reyes: “I’ve had a non-traditional path to my degrees. After I graduated from Hanford High School in 1975, I was accepted to three universities in the Bay Area. I ultimately went to Santa Clara, partly because I had a friend’s dad who played football there and liked it. However, it was very expensive, so I later transferred to Fresno State and tried to take classes at night while I had a full-time job. It was hard to do both, so I then applied for the California Highway Patrol training program and started my training at the academy in January 1982 and graduated that summer.  I ended up being a CHP officer through June 2009. I had many different roles there, and ultimately a medical condition led me to retire in 2009 so I could focus on getting healthy again. The last 25 years there I was based out of the Central Valley, primarily Visalia, as well as Coalinga, too, and I also worked for a short time in San Jose and Baldwin Park (near LA) early.”

Reyes: “After I retired from the CHP, I decided within two months to go back to college and focus on agriculture. I attended the College of Sequoias and received three associate degrees in plant science, ag business management, and in agriculture with a focus on environmental science. I started the process to transfer to Fresno State in early 2016 (and began taking classes in fall 2016).”

Q: What do you consider your hometown and do you have any other family members that graduated or attended Fresno State?

Reyes: “I was born in San Francisco, and moved to Hanford when I was 2 years old. One of my younger sisters, Sharon, graduated in the early 80s with a degree in criminology.”

Q: Which faculty members have had the biggest influence on you while at Fresno State?

Reyes: “Dr. Sonet Van Zyl is very student friendly and always motivates students in many ways. She’s very proactive and is always there to answer questions. She takes the lead in the classroom and represents us very well.”

Q: Talk about which campus farm units you have worked at?

Reyes: “I have helped out at the campus vineyard and winery a few times, and processed grapes with (faculty member) Dr. Christy Sun for several research projects. We were out there again working on processing Cabernet Sauvignon or Syrah wine a month ago.”

Q: Have you been involved with research on campus, and talk about issues that it’s addressing.

Reyes: “When I was deciding on a graduate research project, I began looking into Pierce’s Disease. I am studying different data points with Dr. Van Zyl on its effects on anthocyanins, which are tied to producing the color in grapes. For consumers at the grocery store, it’s all about perception since they want to buy grapes that look pleasing (and have a certain color), so the disease is problematic for grape growers. The disease is spread around the vineyard by glassy-winged sharpshooter leafhoppers. The insects have the bacterium in their mouths, and they spread the disease as they feed on the vines.”

Reyes: “I learned about the disease in class discussions, and as I read more literature I learned that it’s been a problem for growers for well over a century. It needs to be studied since there’s no cure for the bacterium, which causes stress on the xylem vessel (the part of the plant that transports water and also gives its structure). Once a vine gets this disease it can die in one to five years, due to a lack of water getting to the leaves, which limits photosynthetic activity. Some plants and cultivars are stronger while others or more susceptible, so the industry is interested in looking at various vine and cultivar tolerance and (disease) susceptibility and how fast the vines could die.”

Reyes: “The disease was named after a plant pathologist, Newton Pierce, who was a specialist for the department of agriculture. He was the first to write about what was then called a ‘mysterious vine disease’ when he was investigating vines dying near Anaheim and other Orange and LA County locations in the 1880s. He couldn’t exactly identify the cause or agent, but he still wrote an approximate 300-page book about his research called ‘The California Vine Disease’ that came out around 1892, and I’m reading and referencing. The disease was named after him in the 1930s, and was determined to be a bacterium in the xylem vessel in 1974.”

Q: Have you received any scholarships related to campus?

Reyes: “In 2006 I received support from the GI Bill that helped pay the difference for college. I’m also now taking advantage of a special program at Fresno State for students over 60 years ago, and my tuition is free and ends up costing only $7 a semester in registration fees (besides books, parking passes, supplies).” 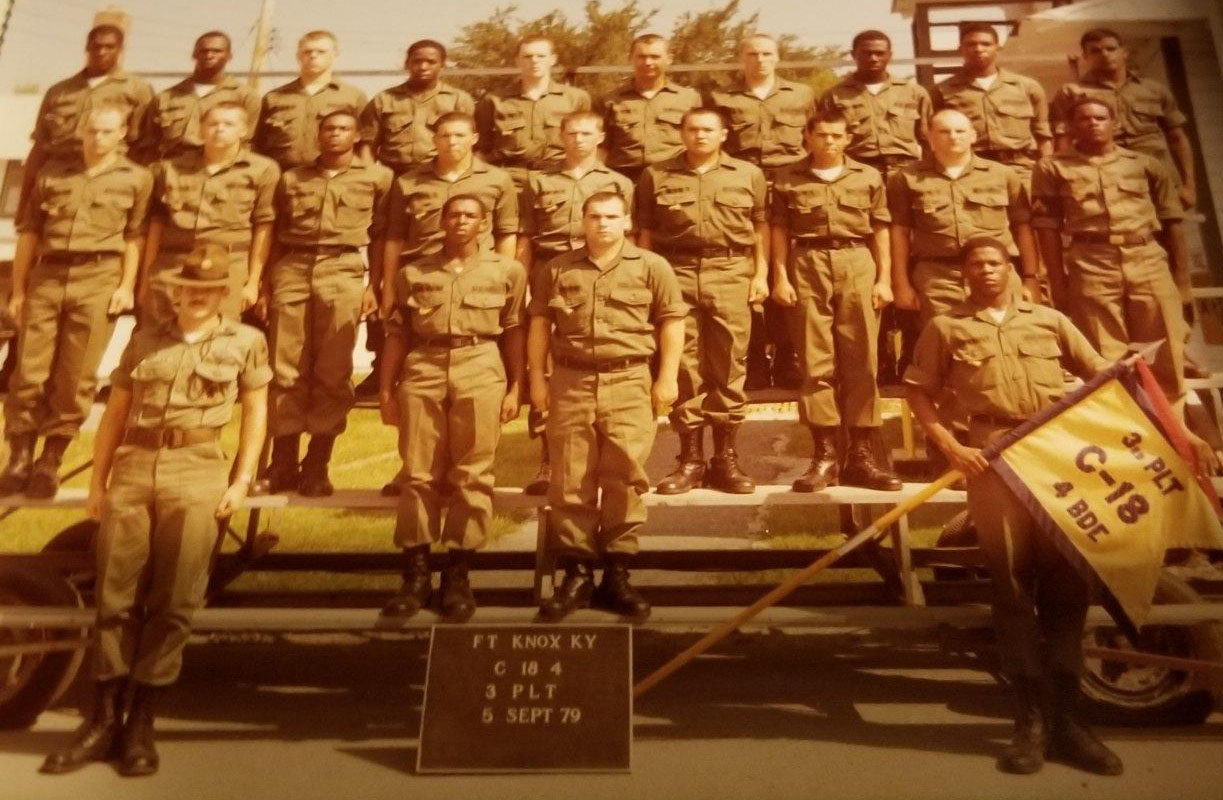 Q: Talk about your armed service duty in the National Guard.

Reyes: “I had always wanted to serve my country, so I joined the California Army National Guard in August 1979. It’s mostly a part-time position, and usually involves one weekend a month and two more weeks a year for annual training. We could get called into duty anytime for a variety of military or public needs. After the 9/11 disaster, we worked for almost a year in Utah helping protect sensitive areas. Locally, we were even utilized once after a bad freeze in 1991 when a lot of citrus was lost. The governor activated us to provide relief to communities for two weeks and transport food to communities in Tulare and Delano Counties.”

Q: Where were you based during your service?

Reyes: “For my basic training, I went to Fort Knox for eight weeks and then to Fort Benning, Georgia for seven weeks for advanced infantry training in 1979. I received several trophies in those trainings, and then became a member of the Visalia National Guard. I was later stationed out of Porterville and Bakersfield and was ultimately promoted to the ranks of First Sergeant before I retired in 2003 (because of health reasons). In that role, there are a lot of different responsibilities, and you’re also primarily in charge of the soldiers’ combat mission readiness.”

Q: What were some of the memorable experiences you had from your training?

Reyes: “It was a continuing learning process since we attended many military schools to prepare in different ways. (Besides area or state training locations) We even went to a joint military exercise in South Korea for 21 days and to Minnesota in the winter for a cold weather training school for 26 days.”

Q: Have you overcome any challenges that have shaped who you are today?

Reyes: “From an early standpoint, I come from a big family that had 13 children, and my parents were always there for us even though they didn’t have a lot of money. More recently, bladder cancer has been a challenge. When it wasn’t going away I had to make a decision to focus on my health. It was first detected in early 2008, and I underwent surgery in September 2008. I started 4 1/2 years of treatments in June 2009, and it has been in remission since, and I still have annual checks.”

Q: Are there any other final thoughts that you would like to include?

Reyes: “I am really proud to be a student at Fresno State. The Jordan College is an outstanding agricultural college, and working with my fellow students, faculty and staff has been great. I appreciate Dr. Van Zyls’s leadership and all the professors’ guidance and hard work.”

Q: What's your potential next career step after graduation?

Reyes: “My next goal is to teach agriculture and viticulture part-time, possibly at a place like the College of the Sequoias. I’d also like to keep investigating Pierce’s Disease Control Board as part of a California Department of Food and Agriculture project. There are different aspects of the disease and how it spreads that need to be studied. The glassy-winged sharpshooter is more native to the Southwest and Mexico, so we’re always learning new things.” 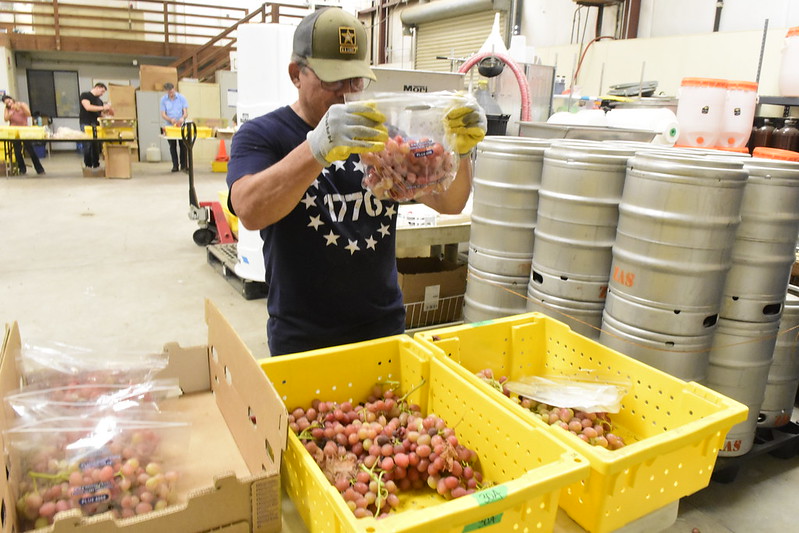