Zoldoske honored as state’s Irrigation Person of the Year

(February 3, 2015) – The California Irrigation Institute recognized Dr. David F. Zoldoske as its Person of the Year at its 53rd annual conference on Feb. 2-3 in Sacramento.

Zoldoske, director for the Center for Irrigation Technology at Fresno State, is the 36th recipient of the award sponsored by the state’s oldest independent forum on irrigation and water. 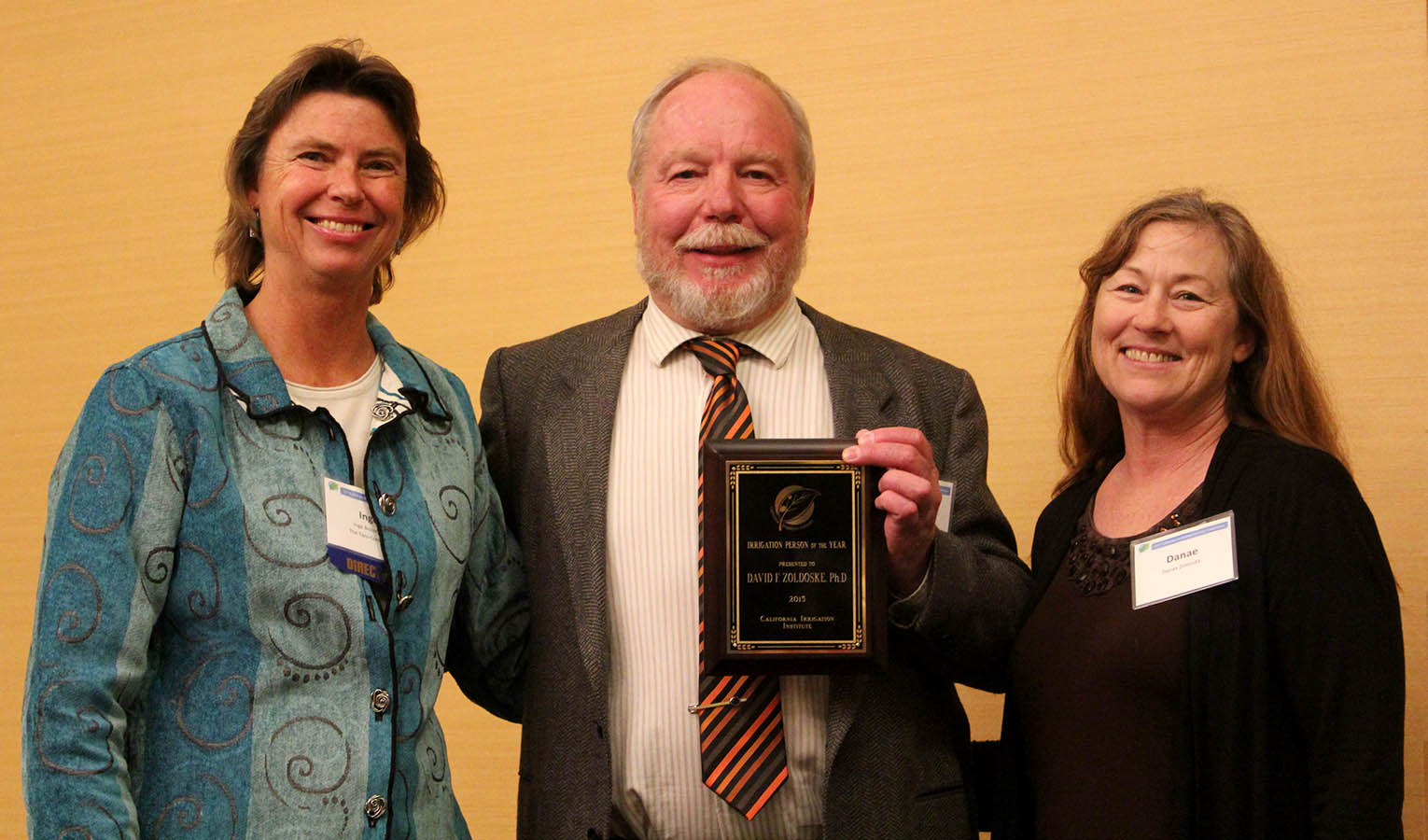 “On behalf of the board of directors, it is a pleasure and honor to bestow this award upon our friend and colleague, Dr. Zoldoske,” said Inge Bisconer, California Irrigation Institute board member and past president. “He has worked tirelessly for decades to promote water and resource use efficiency in agricultural and urban applications in California and beyond. We are fortunate that he chose to apply his passion, energy, skill and expertise to help address one of the most important topics of our generation: water.”

Zoldoske is the third recipient with Fresno State ties. Winston Strong, former plant science and mechanized agriculture professor was recognized in 1985 for his pioneering work in sprinkler testing, and former Center for Irrigation Technology director Kenneth Solomon was honored in 2004.

Zoldoske was recognized with a similar national award in November 2013 as the Irrigation Association’s Person of the Year.

Fresno State has been involved in irrigation testing and research for more than 60 years, and Zoldoske has played a key role for four decades. He started his irrigation career as a graduate student research assistant before beginning work as a full-time research technician in 1983.

In 1994, he was named director of the center that is internationally-recognized as an independent testing laboratory, applied research facility and educational resource.

“It’s an honor to be recognized by a group representing all of California’s irrigation partners,” Zoldoske said. “The award is more of a recognition of our talented staff and all their successful and hard work. We have been tied closely with the California Irrigation Institute since the 1980s, and look forward to working with them for many years to come."