Three weeks ago, the six-member Livestock Judging Team placed 11th nationally in the contest held at the North American Livestock Exposition in Louisville, Kent., on November 17. 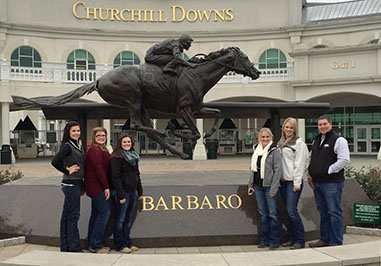 The unit was the top placer among two California teams (ahead of Chico State), and made its first trip to the event in recent memory thanks to support by Marvin Meyers – a 1958 Fresno State Agricultural Sciences graduate and former swine unit student.