A group of central California agricultural leaders has teamed with researchers from Fresno State’s Center for Irrigation Technology (CIT) to launch a project that partners hope will help solve energy problems and also revitalize a segment of the area’s farm economy.

The $5 million California Energy Commission-funded effort involves construction and testing of a demonstration biorefinery that will produce advanced ethanol from “Energy Beets” (a cultivar related to sugar beets). A key facet of the overall project includes production of energy beets at higher yields, using less water than before.

If everything works out as hoped for, a full-scale commercial plant would be built – in Mendota – in about four years, at a cost of $162 million. It would bolster the area’s agricultural economy by providing jobs and income related to growing the energy beets, processing them into ethanol, and selling the finished product. 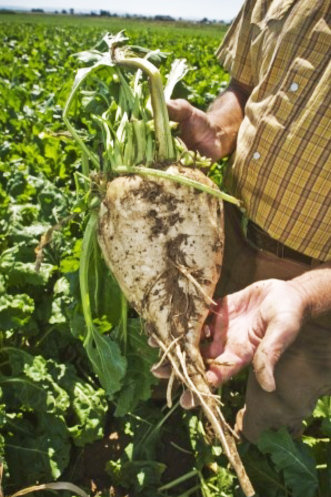 “We’ve looked at many ideas, and we think this is the right one for this area,” said David Zoldoske, CIT director and one of the project partners representing Fresno State. “One key question is, can we increase yields of sugar beets from 35 to 45 or 50 tons per acre?”

That question will be answered through a series of production experiments overseen by CIT irrigation specialists. One of the research leaders, Dr. Florence Cassel Sharma, has done prior research on growing sugar beets using above-ground and subsurface drip irrigation systems. Preliminary results showed that these methods can produce significant yield increases over conventional flood systems, reported Jim Tischer, special projects manager for CIT and another of the leaders in the beet production side of the project.

Sugar beets have been grown for more than 100 years in San Joaquin Valley, with local beets being trucked to the Spreckels Sugar processing plant east of Mendota for refining into granulated sugar. Over time regional sugar production became uneconomic, and 11 of 12 factories in California were shuttered. The Spreckels Mendota factory closed in September 2008. 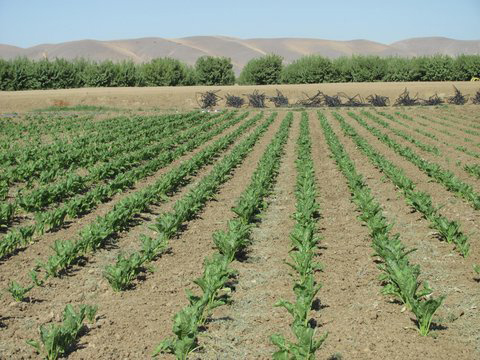 In response, several West Side growers began discussing the concept of using energy beets to produce ethanol. Under the leadership of longtime grower John Diener, they formed the Mendota Advanced Bioenergy Beet Cooperative. Following three years of discussion and preliminary research into the concept, the co-op applied for the CEC grant. Bill Pucheu of Pucheu Bros., a prominent grower in Tranquility, succeeded Diener as president of the cooperative in early 2011 and now leads the development effort for the commercial biorefinery.

Partnership with CIT will be critical, as beet production must meet certain levels if a commercial plant is to succeed, stated Tischer. As part of the pilot project plan, 10 plots of energy beets will be grown within a 50-mile radius of the pilot plant. The Fresno State University Agricultural Laboratory has designated 25 acres for experimental plots. Some of that acreage will be irrigated with a center-pivot sprinkler system, and a two-acre portion will be irrigated with subsurface drip. Both parcels will utilize advanced water management practices to conserve water and advance crop sustainability.

Energy beets are seen not only as a revenue generator, but an excellent rotational crop that helps to amend soils commonly used for cotton, grains and other forage-type row crops, Tischer noted. In addition, beets are more salt tolerant than many other crops, providing an efficient crop for using lesser quality water on poorer quality soils and still producing economic yields.

The idea of using the sugar and cellulose in beets to produce ethanol alcohol is not new – it has been done in Europe for years, Zoldoske noted. Key reasons for testing the concept in this area include rising costs of fossil fuels, federal and state government requirements to use a certain percentage of ethanol in gasoline, and the fact that energy beets for ethanol would not affect the price of any other staple commodity in the region – as happened with corn when it was tapped as a source of ethanol in the late 1990s.

For more information on this project, contact Tischer at jtischer@csufresno.edu.