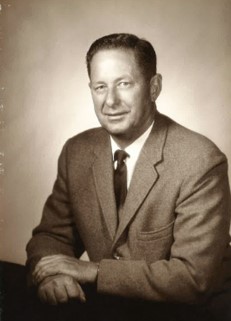 Awarded to students in the Department of Animal Science and Agricultural Education with preference given to students with interest in Dairy Science.

Robert J. Selkirk was professor of Dairy Science at Fresno State for thirty years. He was born in Arizona and grew up in California; working on his father’s dairy. He began his teaching career as a vocational agriculture instructor at Wheatland High School in Yuba County and later taught at Madera High School. Dr. Selkirk attended the University of California at Davis where he received a bachelor’s degree in animal science. After serving in World War II as a Navy pilot, he returned to UC Davis where he earned a Master’s Degree in agriculture education. In 1948, he joined the faculty at Fresno State College, as it was then known.

In July of 1948, Dr. Selkirk helped establish the expanding Agricultural Science program at Fresno State and directed the development of both a dairy science major as well as a dairy production unit consisting of three breeds of cattle. While at the University, he acted as an official judge of dairy cattle for many of the state fairs and shows throughout the Nation and was recognized by all dairy breeds as one of their most qualified judges.

In addition to being an excellent teacher, Professor Selkirk coached many winning and high placing dairy judging teams at intercollegiate judging contests year after year. His outstanding judging teams won many competitions.  By 1977, Fresno State ranked 2nd to Cornell University, N.Y. as the highest ranking team among 50 universities in the history of the National Collegiate Dairy Cattle Judging Contest, which began in 1916. Fresno State started competing in 1955 and had only competed in 17 contests. (Cornell had competed in approximately 61 contests.) In 1977, Fresno State won 1st high team for the second year in a row and additionally, had both the 1st and 2nd high individuals among 36 teams and 108 contestants. At this time, this was the largest contest ever held in the history of the national contest.

In 1961, Dr. Selkirk originated the Alpha Sigma Chapter of Alpha Gamma Rho on the Fresno State. He served as their advisor for many years. Among his numerous awards was the Outstanding Teacher Recognition by the National Association of Colleges and Teachers of Agriculture in 1968, the Excellence in Teaching Award by the Salgo-Noren Foundation in 1971, and the Outstanding Teaching and Counseling Award of the Fresno State School of Agricultural Sciences (as it was then known) in 1977.

Professor Selkirk was well known throughout the Western States, across the United States, and throughout the world for his expertise in dairy cattle and as a dairy judge of all breeds. His career included extensive international experience, including a three-month survey of the dairy industry in 14 European nations. He also conducted a survey of the dairy industry in areas of India for the Peace Corps, and served as instructor, coordinator, and director of five Peace Corps training projects at Fresno State. One of his  goals, which became a reality, was the development of the Western International Dairy Exposition.  Another goal was helping to establish a new dairy facility at Fresno State.  After 18 years of work and planning, this became a reality in 1983.  This facility was dedicated on August 12, 1983.

Dr. Selkirk retired in 1977 and earned the title of Professor Emeritus in Dairy Science.  He remained very active in the dairy industry for many years.