Department of Food Science and Nutrition 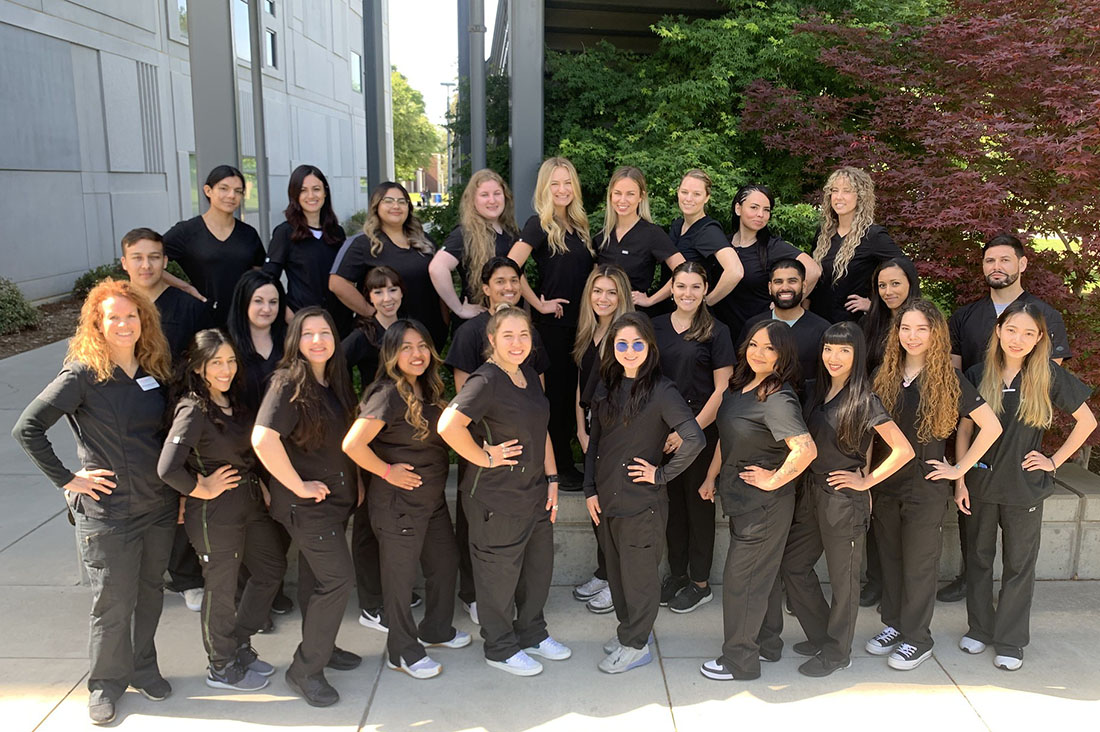 The Dietetics and Food Administration Option of the Bachelor of Science in Human Nutritional Sciences is an accredited Didactic Program in Dietetics that provides a wide range of learning experiences related to general nutrition, community nutrition, medical nutrition therapy, foods, and food service management.

Fresno County, California is the 10th largest County in California. The ethnic mix of the area consists of Caucasian, Hispanic, Asian Pacific, African American, and Native American and other. The service area for Fresno State University is the Central Valley and San Joaquin Valley with an estimated population of 4.3 million people. The Counties in the service area include Fresno, Kern Kings, Madera, Mariposa, Merced, Monterey, San Benito, San Joaquin, San Luis Obispo, Santa Barbara, Santa Cruz, Stanislaus, Tulare and Tuolumne. The ethnic mix of these areas are as follows: 54.9% Hispanic or Latino, 18.2% White, 12.2% Asian, 2.7% Two or more races, 2.8% Black or African American, 0.403% American Indian or Alaska Native, 0.2% Native Hawaiian or other Pacific Islanders, and 3.8% unknown. It is ideally located for offering dietetics education programs.

The combination of both obesity and diabetes mellitus in the San Joaquin Valley is a major health concern amongst medical professionals including physicians, certified diabetes care and education specialists and registered dietitian Nutritionists. There are many unique challenges for Nutrition care providers. Including the DPD program at Fresno State University allows for the continuity of Nutrition care providers to address the overwhelming cardiometabolic health needs in the Central Valley and San Joaquin Valley.

The Jordan College of Agricultural Sciences and Technology (Jordan College) is one of eight colleges / schools at Fresno State. The Department of Food Science and Nutrition is one of six departments in The Jordan College. The University has offered a Didactic Program in Dietetics since 1940, beginning with the undergraduate degree program.

The University has offered a dietetics curriculum since 1940, beginning with the undergraduate degree program. The program served as a pilot for the Plan IV requirements in 1973. In 1984, the program was again approved as a Plan IV program. In 1989, the program was approved as a Plan V program. In December 1997, the University submitted an application for a dietetic internship with a general emphasis. In May, 1998, the Commission on Accreditation for Dietetics Education (CADE) of the American Dietetic Association (ADA) granted the program developmental accreditation. The first class of ten students was admitted in August 1998. The fifth internship class graduated in May, 2003. The internship was simultaneously approved on campus as the Certificate of Advanced Study – Dietetics, a post-baccalaureate, non-degree, and certificate program.  In 1999, the program was granted developmental accreditation status by the American Dietetic Association (now known as the Academy of Nutrition and Dietetics) as a didactic program in dietetics (DPD).

The didactic program is administered by the Department of Food Science and Nutrition (FSN).  The Accreditation Council for Education in Nutrition and Dietetics (ACEND - formerly known as CADE) has recognized the Didactic Program in Dietetics (DPD) since 1973. In 1999, CADE granted developmental accreditation to the program; this site visit is for the re-accreditation of the DPD. The DPD program was granted accreditation status in 2003. The PAR was approved in 2008. The DPD program was approved for reaccreditation in 2014. The 7-year site review was delayed to fall 2021 through a virtual site review because of COVID-19.

Bachelor of Science in Food Sciences

Master of Science in Food and Nutritional Sciences – reinstated Fall 2020

The Accreditation Council for Education in Nutrition and Dietetics is the accrediting agency for education programs preparing students for careers as registered dietitian nutritionists or nutrition and dietetics technicians, registered.

ACEND® can be contacted by: