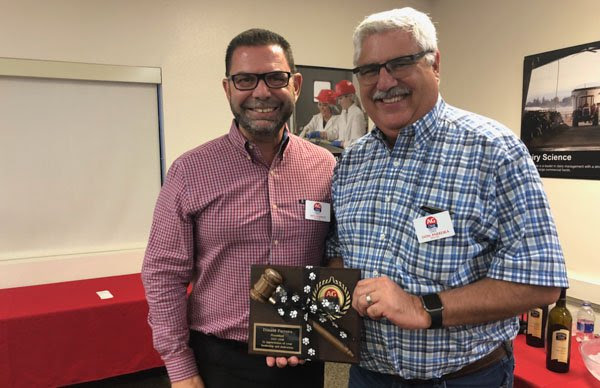 Ken Ramos, Wells Fargo’s president for Central California business banking, began his one-year term on July 1 as the new president of the Ag One Foundation. Originally from Easton, he graduated from Cal Poly with a bachelor’s degree in agricultural business. He joined Wells Fargo as a business banking manager in 2004 and was promoted to regional area manager in 2007 and his current position in 2010. He also serves on the board for the foundation of Valley Children’s Hospital of Central California and the Downtown Fresno Partnership. Bill Purewal (’98), owner of PureFresh Sales, was elected vice president. Annie Stuhr (’04), Central Valley Community Bank, was elected treasurer. Jim Razor (’90), J.G. Boswell Company, joined the executive committee as secretary. Other new members on the board include Tyler Blagg, Petersen & Company Agricultural Real Estate (‘07) from Lodi; Ron Fanucchi, Ron Fanucchi Farming Company (‘89) from Bakersfield; Roger Isom, California Cotton Ginners and Growers Association and Western Agricultural Processors Association (‘88) from Fresno; Demetrio Papagni, Papagni Winery and Packing House (‘82) from Madera; and Lorna Roush, Schultz Ranch (‘98) from Riverdale. 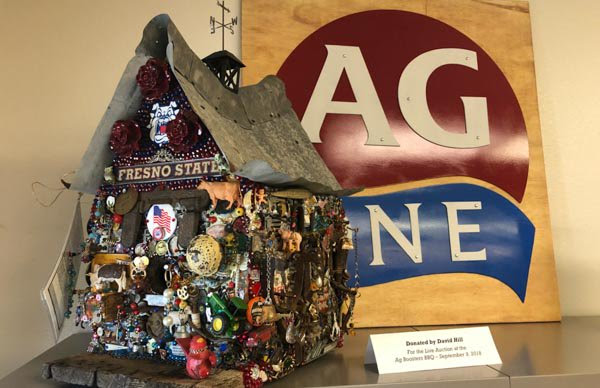 One of the highlights of the live auction at the annual Ag Boosters BBQ is the acclaimed bird house handmade by David Hill ('75, '96). Check out a sneak peek of this year’s gem – it took David more than 70 hours to construct! The base material (wood and tin) came from Hill Ranch in Riverdale which was established in 1906. The artifacts, rusty material and miscellaneous pieces on the exterior come from the home ranch, yard sales, flea markets, antiques stores, and donations from friends and relatives; this includes 24 cats hidden on the outside. Last year, David’s bird house sold for $2,600! Stop by the Ag One office to get a preview of the bird house, and be sure to purchase tickets for the Ag Boosters BBQ on September 9.

Read more about the BBQ Auction → 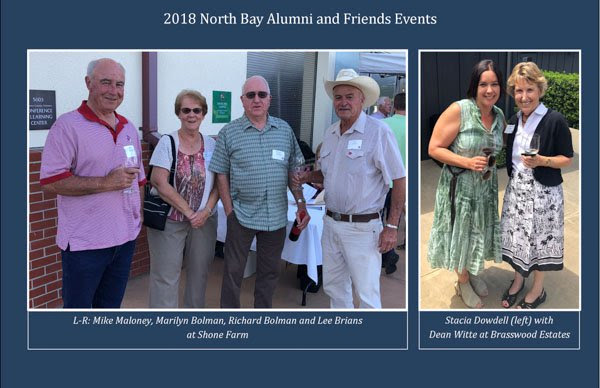 Thank you to the alumni and friends who gathered at the two events Ag One hosted in the North Bay. The annual North Bay Alumni and Friends dinner was held at Santa Rosa Junior College Shone Farm on Wednesday, July 11. The evening included a tour of Shone Farm, silent auction, wine tasting and dinner featuring Fresno State and Shone Farm products. Guests were able to mingle with Dr. Sandra Witte, dean of the Jordan College and Tom Montgomery, Fresno State wine maker along with faculty and staff from the Jordan College and Ag One. The following day was the first Napa Valley alumni and friends luncheon held at Brasswood Estates in Saint Helena. Guests enjoyed a gourmet lunch with the group from Fresno State along with Stacia Dowdell, alumna from the department of viticulture and enology and winemaker and proprietor at Brasswood. Stay tuned for next year’s festivities! 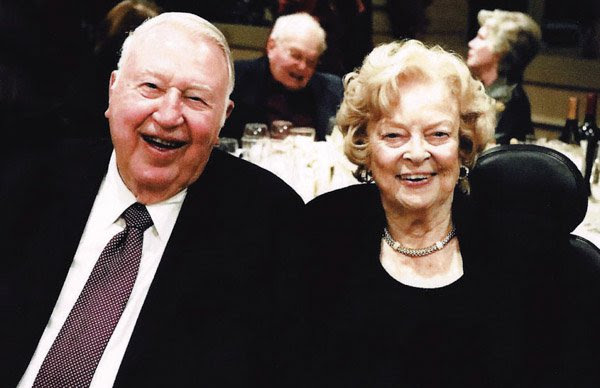 In memory of Margaret Jensen

Ag One, the Jordan College and Fresno State lost a dear friend, Mrs. Margaret "Marnie" Jensen on July 2, 2018. Marnie was born in 1919 to W.E. "Ed" and Clarice Roberts in Bakersfield before moving to Fresno in 1920, when her parents began farming in the Fig Garden area. Her father was one of the original donors to the Fresno State College Practical Farm Fund in 1946. She graduated from Fresno High School in 1937 and attended Fresno State College where she met her husband of 76 years, Rodger. Three weeks after the attack on Pearl Harbor, Marnie and Rodger married for life. While Rodger was in training, she traveled to be near him, even after their son, Douglas, was born in 1943. They both welcomed Rodger home after the end of World War II. The family was complete when their daughter, Marjorie, was born in 1947. Marnie was devoted to her family and valued her friends in the Bridge Club, which was formed during the war years and continues still. She was a life member of the Delta Gamma Sorority, and she and Rodger received honorary doctorates from Fresno State in recognition of their support for the university. Marnie also received the Common Threads award in 2004.  She and Rodger established the Jensen Fellows fund which provides full fees and tuition scholarships to deserving students. Friends and family are invited to honor Marnie by making a contribution to their favorite charity. 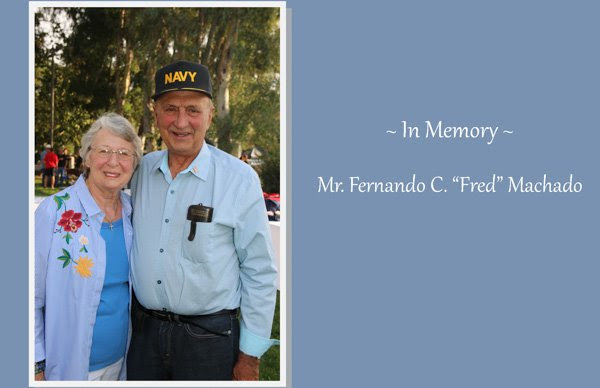 Ag One, the Jordan College and Fresno State lost a dear friend, Mr. Fernando C. "Fred" Machado on July 9, 2018. Fred emigrated from Flores, Azores in 1949 with his family at the age of 16. He joined the US Navy and with great pride served in the Korean War - he loved America, Portugal too. He was a dairyman and farmer. He was very active in many agricultural, Portuguese and church organizations over the years. He served on the Ag One board and was a Community Salute honoree in 2003. His name will forever be linked to the Jordan College and deserving students through the endowment established in his honor. He was an advocate for Fresno State agriculture and you'd see him and his wife Maxine at many an Ag One event - always with a glass of red wine, a big smile, hug and a compliment. Fred and Maxine traveled the world extensively and visited Flores, Azores routinely. Fred, Maxine, granddaughter Kylie Woodward along with his brother Richard and wife Carol Machado were part of the group from the Central Valley that joined President Joseph I. Castro and wife Mary, Dean Sandy Witte and me in Terceira, Azores for the signing of the student exchange agreement with the University of the Azores. He was very proud to have witnessed this milestone. We are forever grateful for Fred Machado.
- Alcidia Freitas Gomes 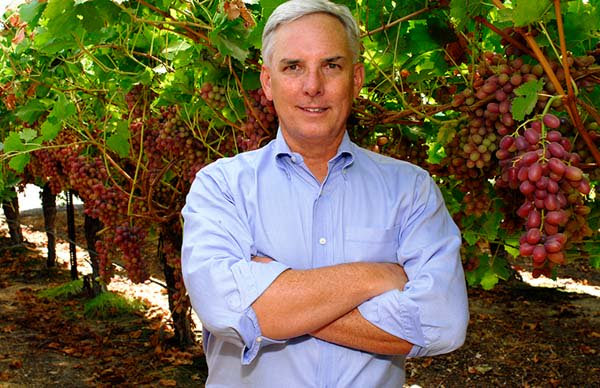 In memory of Rob O'Rourke

Ag One, the Jordan College and Fresno State lost a dear friend and alumnus, Mr. Rob O'Rourke on July 12, 2018. Rob spent nearly 40 years working in procurement, inspection, and sales and marketing of all major produce categories. He and his brother, current Ag One Director John O'Rourke ('93), started RJO Produce Marketing in 1993, where he most recently served as vice president of business development. With a reputation for being forward-thinking and innovative, Rob was well known throughout the produce and retail industries. He was passionately involved with and supported Catholic Charities, Boys Scouts of America, Knights of Columbus, Fresno State, San Joaquin Country Club and served on the membership committee for the Produce Marketing Association. The family requests that in lieu of flowers, remembrances may be sent to the Ag One Foundation to establish an RJO scholarship in Rob’s name, or to Catholic Charities of the Diocese of Fresno, 149 N. Fulton Street, Fresno, CA 93701. 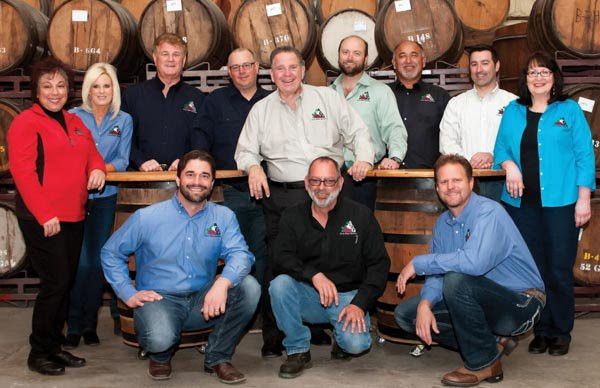 Congratulations to past Ag One Director Nat DiBuduo, retired from Allied Grape Growers

After 18 years of dedicated service to the California wine industry through Allied Grape Growers (AGG), Nat DiBuduo recently retired as President and CEO of AGG, effective June 29th. Vice-President of AGG, Jeff Bitter officially took the reins as President and CEO on July 1, 2018, just prior to their annual meetings in the Central Valley and the North Coast. Nat was one of the first directors of Ag One and helped to establish the Allied Grape Growers – Robert “Bob” McInturf endowment as well as the DiBuduo Family endowment. He served many years on the advisory board for the department of viticulture and enology and has been one of the college’s greatest supporters. Join us in congratulating him on his retirement! 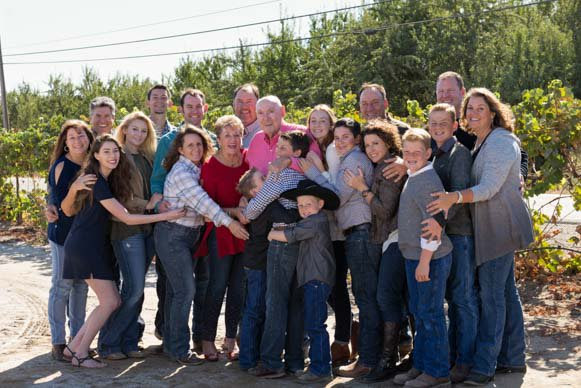 The Nick W. and Els Blom Family has established an endowment to provide scholarship support for students from Stanislaus County. The family was recognized at this year’s Stanislaus County Alumni and Friends Dinner in March and was added to the Ag One Stanislaus County Hall of Fame. The late Mr. Nick W. Blom immigrated to the U.S. in 1963 from the Netherlands. He was married to his wife, Els, for 51 years and they raised their four children, Ingrid (Mello), Pete, Nick and Marika (Morrison), in Modesto. Nick was publicly known as a tree and vine farmer, turned community leader and local politician. He served 5 terms as a Stanislaus County Supervisor and during his era the Air Quality Commission was created, a controversial trash/energy converter was built and prayer was brought to Supervisor meetings when he became Chairman. His hard work and dedication to community inspired his family to carry on his tradition. Join us in thanking the Blom family for their continued support of the Jordan College!

Read more about the Blom Family → 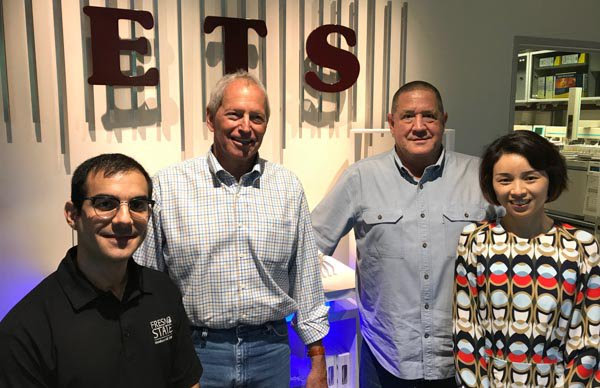 Napa Valley’s ETS has pledged to donate $100,000 worth of lab services over a five-year period to Fresno State’s Department of Viticulture and Enology. ETS co-founder Gordon Burns said ETS will gift up to $20,000 for lab services every 12 months over the next five years. Under the agreement, ETS will also provide expertise in the interpretation of the data. Burns discussed the grant after showing ETS’ St. Helena laboratory to Fresno State visitors – assistant professors Qun (Kristy) Sun and Miguel Pedroza and industry liaison Hal Huffsmith. Huffsmith, who retired from Trinchero Family Estates in June 2017 after more than four decades with the company, praised ETS’ in-kind gift to Fresno State, his alma mater. ETS, Huffsmith said, is the “gold standard of all wine analysis in the world right now.”

Read more about the ETS → 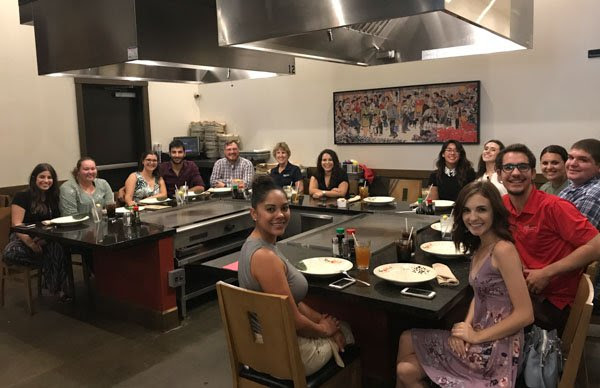 Students from the Azores and Fresno State students who traveled to the Azores gather for dinner with Dean Witte and members of the college.

In June 2016, Fresno State and the University of the Azores established an exchange program for students majoring in agriculture. This summer, students from both universities participated in a month-long paid internship exchange, which provided hands-on learning experiences in both locations. In June, 3 students from Fresno State traveled to the Azores for their internship and studied a variety of topics from animal nutrition feed labs, observing the history of the wine industry and learning about harvesting techniques. In July, 3 students from the Azores traveled to Fresno and have been working on campus at the dairy and sheep units as well as participating in research at the graduate laboratory. Both groups were taken on trips around the respective regions to learn more about the country and culture. Thank you to the Luso American Development Foundation, Helder and Cindy Domingos, Tulare Angra Sister City Foundation and the office of the Mayor, Angra do Heroismo, Terceira, Azores, who have made this program a reality. Follow the link below for more information about the exchange.
Click here to see a spotlight on Your Central Valley about the students visiting Fresno.

Read more about the Azores → 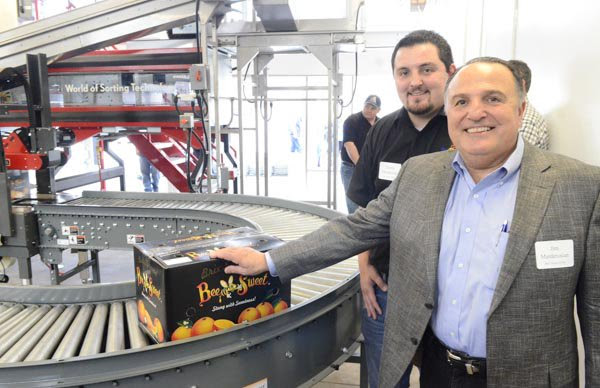 The Jordan College is pleased to announce the selection of this year’s Top Dog award recipient, Jim Marderosian. Jim graduated from Fresno State in 1979 with a bachelor’s degree in Ag Business. He is currently the president and owner of Bee Sweet Citrus, Inc. which he founded in 1987. Located in the heart of the Central Valley, the family-owned and operated company is focused on innovation, sustainability and customer satisfaction. In February 2017, the Jordan College unveiled a state-of-the-art citrus packing line donated by Bee Sweet Citrus, which provides industrial technology, food science and plant science students with hands-on instruction for mechanical systems and industrial maintenance as they apply to food processing and safety. Join us in congratulating Jim, and mark your calendars for the Top Dog Alumni Awards Gala on October 26.

Become an Ag One member!

If you’re not already a member, please consider joining Ag One and receive 10% off selected items like wine and olive oil at the Rue and Gwen Gibson Farm Market! Join or renew your existing membership today! JOIN NOW