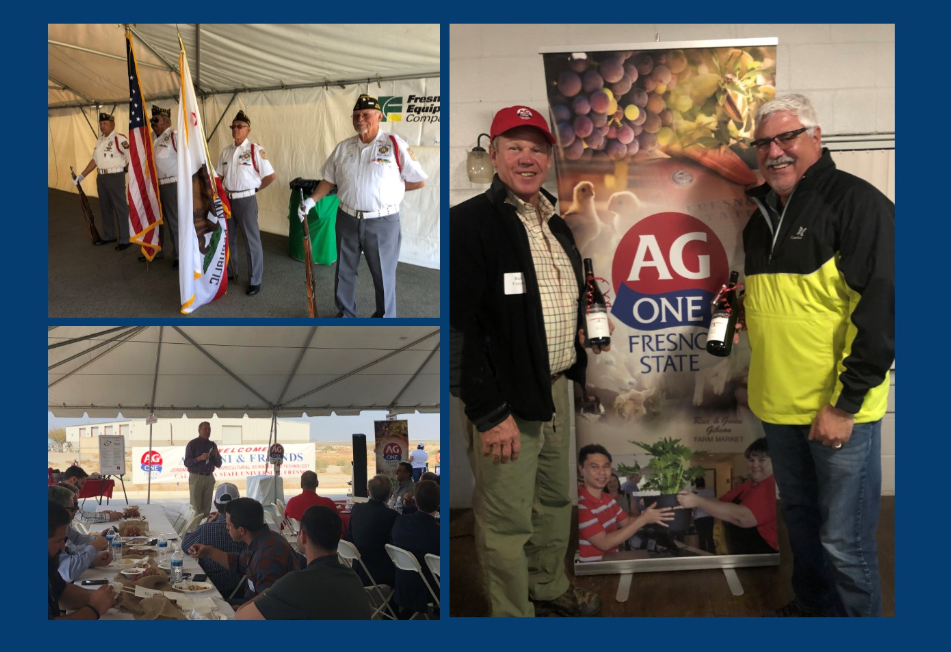 Ag One wraps up 2019 with three successful events

The end of 2019 was busy, with Ag One hosting three regional events. On November 1, Ag One hosted the West Side Alumni and Friends Luncheon at Fresno Equipment Company in Five Points. Over 160 guests attended and met with Dean Dennis Nef as well as student body president and Jordan College student, Omar Hernandez. The program included special recognition of our veterans in honor of Veterans Day. The Veterans of Foreign Wars Kerman Memorial Post 8470 Color Guard, which included past Ag One Board member Ron Hardy, presented the colors. The Kern County Alumni and Friends Luncheon was held on November 7 at Buttonwillow Warehouse Company in Delano. Nearly 200 guests attended from throughout Kern County including industry professionals and current high school and community college students. Proceeds from this event benefit the Carl and Barbara Fanucchi Scholarship Endowment which supports deserving Jordan College students from Kern County. The last event of the year was the 6th Annual Ag One Trap Shoot on December 5 at the Kingsburg Gun Club. This year we had over 80 shooters who enjoyed a fun afternoon of clay shooting followed by an awards dinner and raffle. Thank you to everyone who attended these events and helped make them a success! To participate in Ag One’s upcoming events please visit our website. 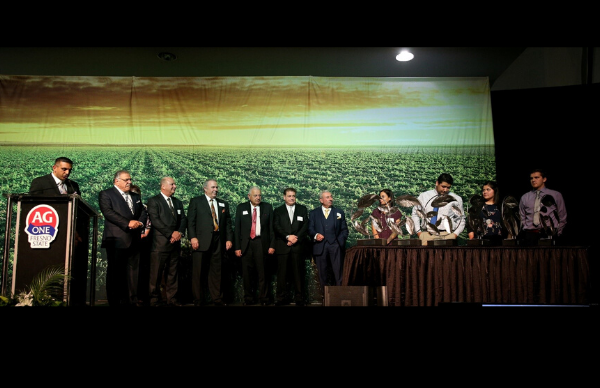 Ag One had the privilege of honoring the Parnagian Family on November 22 at the 2019 Community Salute. Thanks to generous supporters, more than $1 million was raised to support the University Agricultural Laboratory. Brothers Dennis, Ken, Randy and Philip Parnagian, their Uncle Pete and Cousin Jim were celebrated by more than 1,000 family and friends for their achievements. Sam and Gladys Parnagian established Fowler Packing Company in 1950 and helped to pioneer the fruit industry. After 40 years, the second generation of the Parnagian family successfully passed leadership responsibilities to their children. Together, the second and third generations have built Fowler Packing into one of the largest growers of table grapes and citrus in the nation. Sustainability and diversity in business are key while their core philosophy remains - customers, growers and employees best interests first. As a testament to this, Fowler Packing has added an on-site cafeteria where free meals are provided for all employees. A health clinic is also located at the main headquarters and offers free healthcare and medications for employees and their families. These progressive additions are just a few examples of how the Parnagian Family invests in its workforce. Ag One was delighted to honor The Parnagian Family for all of their achievements and the legacy they have left for future generations. See event photos here. 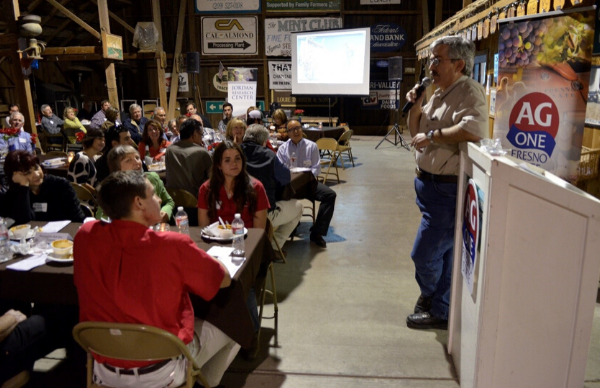 Join us for the Stanislaus County Alumni and Friends Dinner

March 12 Ag One will host the 17th Annual Ag One - Stanislaus County Alumni and Friends dinner at the Stanislaus County Swiss Club (new location). This year it is our pleasure to honor Mel Machado for his involvement and many contributions to education and agriculture in our community. Mel received an A.S. degree from Merced Junior College in Agronomy in 1977, and in 1979 he earned his B.S. degree from Fresno State. Mel joined the member relations team at Blue Diamond Growers in 1992, and today is director, member relations.  He was an Ag One director from 2007-2013. Proceeds from the event will be added to the Ag One – Stanislaus County Alumni and Friends Scholarship endowment fund. Please join us in honoring Mel Machado and celebrate with his family. 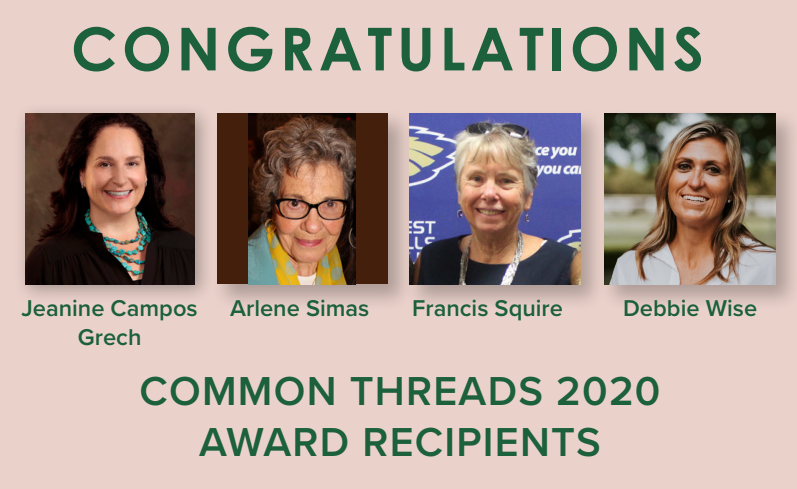 Congratulations to the 2020 Common Threads Honorees

Ag One, the Jordan College and the California Agricultural Leadership Foundation are pleased to announce the honorees for the 2020 Common Threads Awards Luncheon: Jeannine Campos Grech (Caruthers), Arlene Simas (Hanford), Frances Squire (Clovis) and Debbie Wise (Shafter). Since 1977, Common Threads has annually honored the outstanding valley women whose roots are deep in agriculture, have made a difference in their communities with bountiful giving of their time, talent and treasure. Please join us on March 26 at the International Agri-Center in Tulare to celebrate our honorees. Event Information. 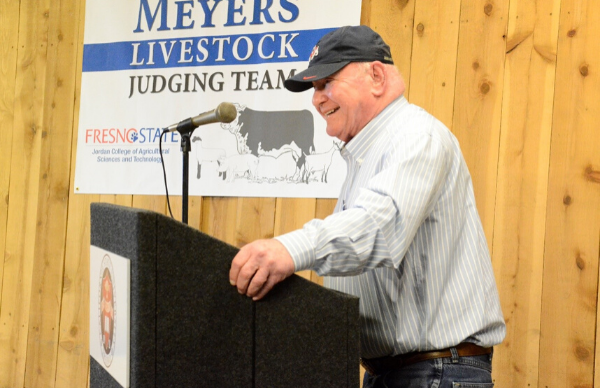 In Memory of Marvin Meyers

On November 19, 2019, Ag One, the Jordan College and Fresno State lost a dear friend and Alumnus, Marvin Meyers. Marvin graduated in 1956 with a degree in animal science. He joined the U.S. Army and because of his degree was drafted by the Walter Reed Medical Center to work with the live chimps in the Space Program. After the Army he worked for the Wilbur Ellis Fertilizer Company. Later Marvin went on to establish his own ag chemical business, Meyers Ag Chem. Marvin was the Chamber of Commerce Agriculturist of the year in 2010, he won the Fresno State Alumni Association Outstanding Alumnus Award in 2012, and was the Jordan College's Top Dog in 2015. Marvin’s community and charitable involvement was extensive. He loved and valued his community and the people of the Central Valley. He was always generous with his time, talent and financial support including Fresno State. He started the Livestock Judging Team which was renamed in his honor. He lived his life with enthusiasm and gave 100% to everything he did. Marvin's commitment to improving his community will have a positive impact for generations to come. He will be greatly missed by everyone who had the pleasure to know him. Video 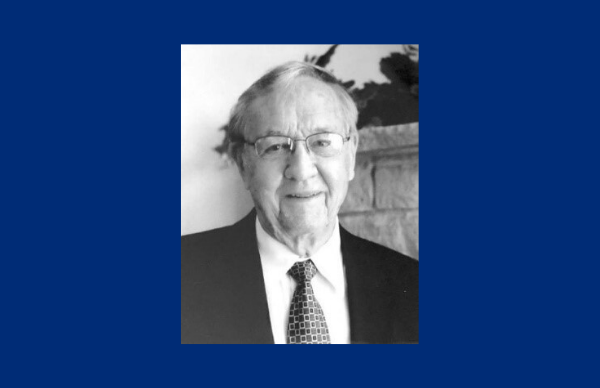 In Memory of Dr.Thomas Gunn

Ag One and the Jordan College lost a dear friend and retired professor, Dr. Thomas Gunn on November 28, 2019. In 1967 Tom was hired as a research coordinator at Fresno State and a few years later he was asked to help establish the Department of Agricultural Economics. He was selected to serve as the first department chairperson, a position he held for ten years. Dr. Gunn enjoyed his academic career and his close relationships with both faculty and students. In 1978, he was elected a Teacher Fellow by the National Association of Colleges and Teachers of Agriculture. Upon retirement in 1991, he moved to Park City, Utah, and later to a retirement community in Sandy, Utah. Dr. Gunn enjoyed the outdoors and nature including biking, sailing, flying, swimming, fishing, camping and trailering with his family. He was a friend maker. Many of the friendships he made in college and professionally endured over the years. Dr. Gunn’s mark on Fresno State and the Department of Agricultural Business are indelible. 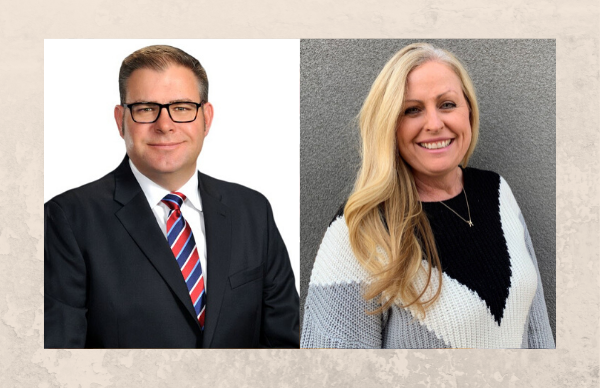 Stanley Kjar, Jr. currently serves as secretary on the Ag One Board. He was raised on a farm in Kingsburg and graduated from Fresno State in 1999 with a bachelor’s degree in Agricultural Business. He is currently senior vice president at Pearson Realty, which has offices in Fresno, Visalia and Bakersfield. Prior to Pearson, he served as the Vice President and Operations Manager for Kings Equipment Company, Inc., his family-owned farm equipment business. The business was sold in 2009, and shortly thereafter Stanley decided to obtain his real estate broker’s license and joined Pearson Realty. He specializes in farm real estate and agri-business organizations. Stanley is a strong advocate for agriculture in the San Joaquin Valley. He is a member of Class 45 of the California Agricultural Leadership Program and volunteers regularly. Thank you Stanley for your continued dedication!

Dannielle Rodriguez joined the Ag One Jordan College Development team on September 19, 2019 as the Program Specialist replacing Sadie Hemsath. Dannielle comes to us from the University Career Development Center. She brings extensive event and administrative experience and we are very fortunate to have her on our team. Welcome Dannielle! See Full Board of Directors and Staff List here. 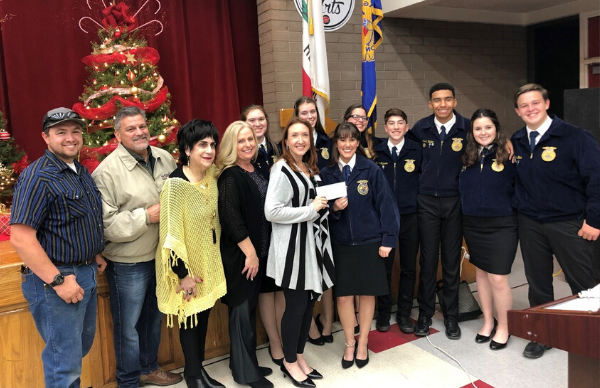 The Fowler FFA team greeted guests and oversaw the social tent at the recent Ag Boosters BBQ.  Ag One and CWA appreciated the great work these young leaders provided and wanted to recognize them for their effots.  Ag One representatives Shannon Fast and Dannielle Rodriguez along with CWA representative Jane Bedrosian recently visited the Fowler FFA members to personally thank them and to present them with a check at their annual awards dinner.  We look forward to working with them again in the near future. 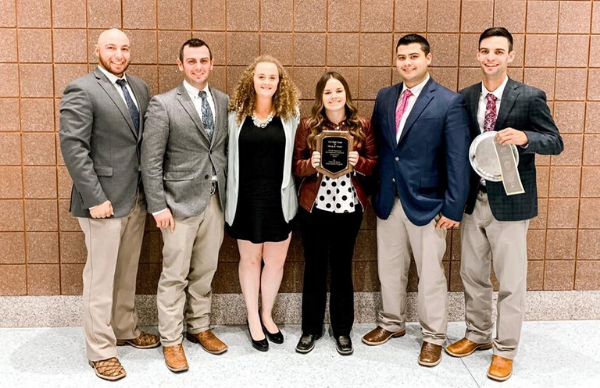 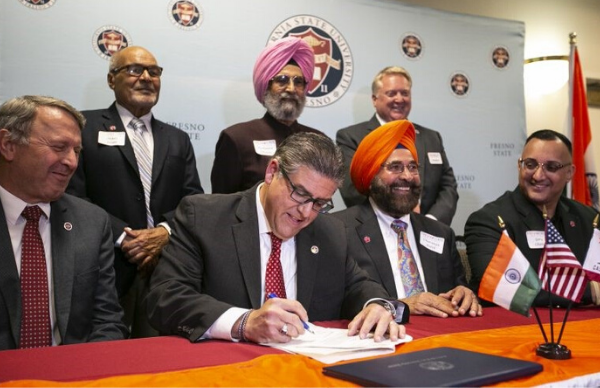 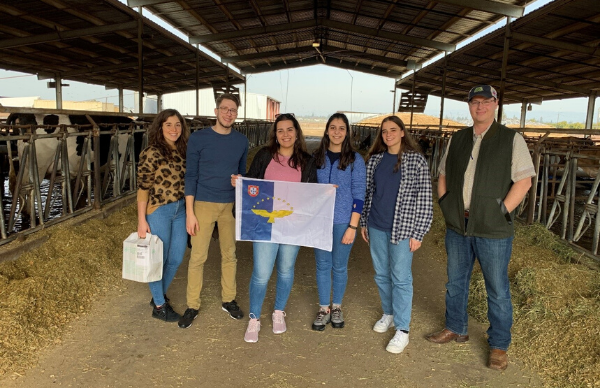 The Jordan College has the privilege of hosting five students from the University of the Azores who will spend a month shadowing Fresno State faculty and learning more about agriculture. Lenia Galante, Maria Resende, Nuno Sousa, Daniela Borges, and Vanessa Pires began a month long internship two weeks ago. They have each been paired with an internship supervisor in their major area, Dr. Kyle Thompson, Dr. Susan Pheasant, Dr. John Bushoven, Dr. Carmen Licon and Dr. Randy Perry will serve as mentors during the visit. The students have a busy schedule including industry tours and cultural experiences. Some of the places they will visit includes the World Ag Expo, Tulare Angra Sister City Foundation Soup Dinner and the Red Wave Classic Junior Livestock Show. Thank you to the Luso-American Development Foundation, Alamo Meneses, Mayor of the City of Angra do Heroism, the Tulare-Angra Sister City Foundation and Helder and Cindy Domingos for supporting this program. 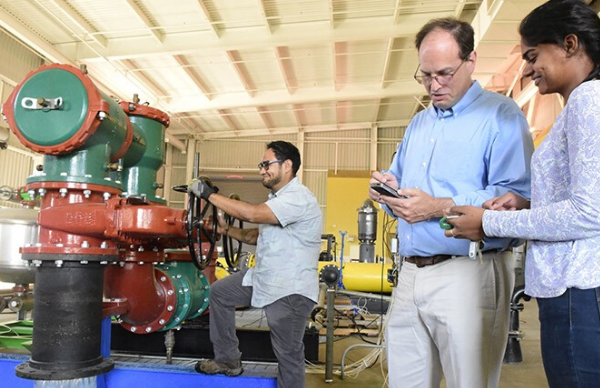 New campus Center for Irrigation Technology director Dr. Charles Hillyer arrived on campus from Amarillo, Texas in September 2019, but his familiarity with the Central Valley goes back to 2005 while working as a graduate research assistant at Oregon State University. Working on an irrigation management model, he visited the Center for Irrigation Technology (CIT) website for information to improve sprinkler efficiency related to his project. The research center’s free and easy access to information was impressive and since then, Hillyer has continued to reference the site and the center’s staff over and over again. He has always been impressed. That shared reliance on data is reflective of a new breed of irrigation specialists who are leading the field into the future with their computer and interconnectivity knowledge. CIT clients will be able to use his 20 years of software system experience, more than half of which has focused on irrigation management and deficit irrigation tools. “State groundwater policies are coming to the forefront, and we can play a role in informing farmers, managers and policy makers on how these regulations will affect agriculture,” Hillyer said. “Those regulations will also require new documentation and recording tools, and CIT can support companies and farmers with useful products to provide accurate information.” Read More