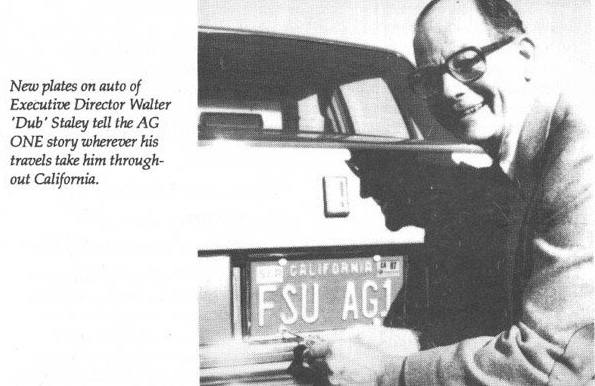 40 years strong – where it started

In 1979, several faculty, alumni and friends of the Jordan College of Agricultural Sciences and Technology had a million-dollar idea -- to start a foundation that would benefit, promote and support the college and its programs. The supporters set out to raise $1 million in endowed scholarships. Today, the Ag One Foundation has raised more than $20 million in endowed funds. Over the years, donors, board members and volunteers have made it possible to award some 4,400 students with more than $6.2 million in scholarships and program support. For the 2018-2019 academic year, Ag One will provide more than $700,000 to deserving students and programs. We could not have achieved this success without the vision and determination of our founders. As we celebrate 40 years throughout 2019, please join us in thanking those who laid the foundation – Wayne Adams, John Britton, Nick Buratovich, Nat DiBuduo, Jr., Judy Dodd, Eugene Egan, Jr., Wally Erickson, John Etcheverry, Charles Hightower, Bill Jones, George Kitahara, Larry Layne, Dick Markarian, Ron Metzler, John Olsen, Gino Pedretti, Alvin Quist, Virgil Rasmussen, Ed Rose, Gerald Steiner and Clifford Stevens, Jr. 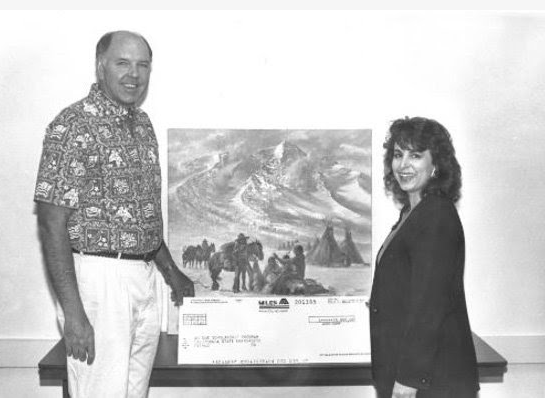 In memory of Karen Morais

Ag One and the Jordan College mourns the loss of alumna, advisor and friend Karen Morais. After a short battle with myelodysplastic syndrome (MDS), a rare type of bone marrow cancer, she passed away on December 25 with her close family by her side. Karen served on the Ag One Board for 12 years, serving as president in 1992. Since 2005 she served as financial advisor to the Board as well as volunteering on the Ag Boosters BBQ Committee (since 1986), the Community Salute Committee (since 1997), the Fresno-Madera Wine Tasting Committee (2005-2010) and she joined the Common Threads Committee last year (she was honored in 2015). The family is planning a Celebration of Life on February 16, 2019 at 10 a.m. on campus, in the Library at Fresno State. In lieu of flowers, the family requests remembrances can be made in her memory to Ag One to support deserving students and programs in the Jordan College, to the Fresno Art Museum, Holy Spirit Catholic Church in Fresno, or the charity of your choice, 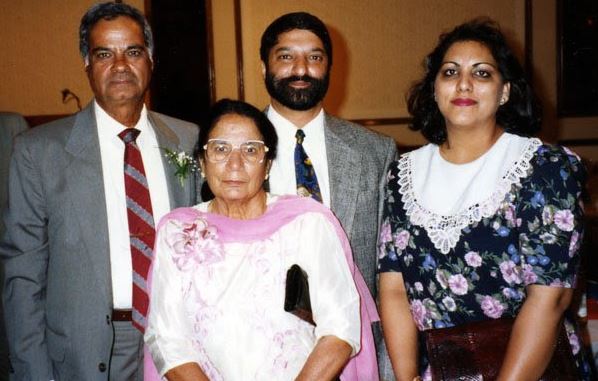 On January 7, 2019, Ag One and the Jordan College lost a dear friend and retired professor, Dr. Mahendra Bhangoo. Dr. Bhangoo joined the Fresno State faculty in August of 1976 and was instrumental in further developing the Plant Science department. He created a research program that led to a number of professional assignments in Honduras, Brazil and India. Dr. Bhangoo taught a wide variety of undergraduate and graduate soil courses, plus a course on tropical fruit production. In the fall of 1990 he was appointed Director of Graduate Programs and after his retirement in 1992 he was awarded the title of Professor Emeritus of Soil Science. In 2013, the Bhangoo family established a scholarship endowment to honor Dr. Bhangoo and his wife Surjit in support of students pursuing a degree in Agronomy. Dr. Bhangoo’s dedication to Fresno State and the Plant Science department will be cherished for years to come. 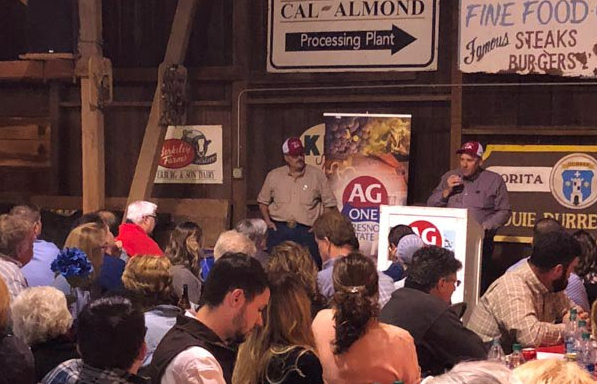 Join us for the Stanislaus County Alumni and Friends Dinner

On March 7, 2019 Ag One will host the 16th annual Ag One - Stanislaus County Alumni and Friends dinner at Durrer’s Barn in Modesto. This year it is our pleasure to honor Louie and Leo Durrer for their involvement and many contributions to education and agriculture in our community. Proceeds from the event will be added to the Ag One – Stanislaus County Alumni and Friends Scholarship endowment fund.

Please join us in honoring the Durrer’s and celebrating with their family. 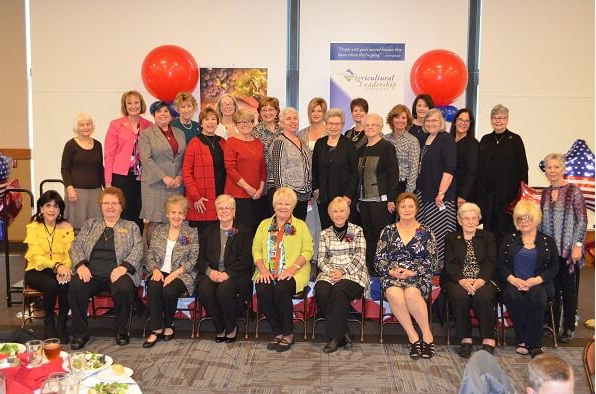 Congratulations to the 2019 Common Threads Honorees

Ag One, the Jordan College and the California Agricultural Leadership Foundation are pleased to announce the honorees for the 2019 Common Threads Awards Luncheon: Kathy Briano, Visalia; Tina Carreiro, Lemoore; Giovanna DePaoli, Strathmore; Marcia Shafer, Parlier; and Margaret Mims, Fresno. Common Threads has annually honored the lives of outstanding Valley women since 1997. These women, whose roots are deep in agriculture, have made a difference in their communities with bountiful giving of their time, talent and treasure. Please join us on March 27, 2019 at the Clovis Veterans Memorial Hall to celebrate our honorees. For more information, visit the Common Threads. 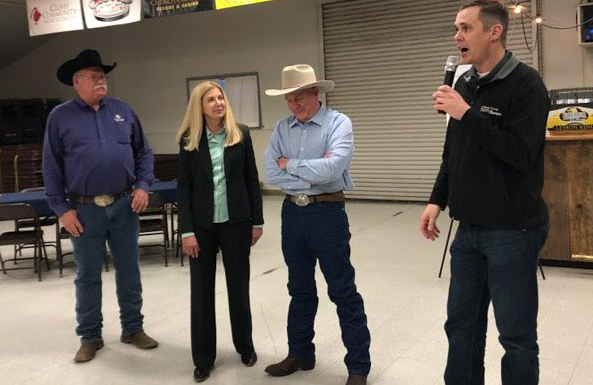 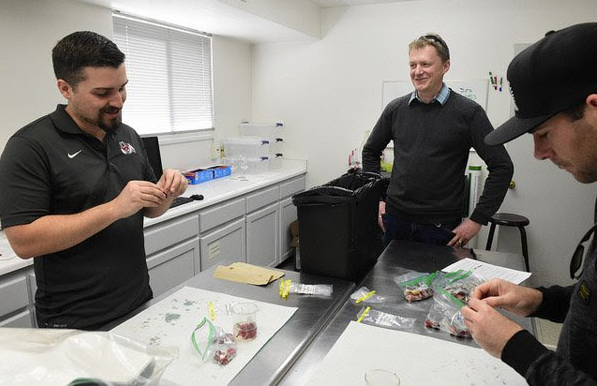 Dr. Stephan Sommer joined Fresno State's viticulture and enology program this semester as the Director of the Viticulture and Enology Research Center (VERC).  Prior to this, he was the academic program director and an Assistant Professor of Fermentation Sciences at Appalachian State University in Boone, NC.  He brings more than eight years industry experience in various fields of beverage production including wineries, sparkling wine companies, breweries, table water production, and related fields like laboratories and industrial flavor production.  His main research focus is on physical product stability, beverage microbiology, and wine aging.  In his position at Fresno State he will emphasize and further develop research in the areas of grape growing, wine chemistry, and wine production.  In addition, he will coordinate laboratory work, supervise student research projects, and engage in a rigorous grant writing and scientific research program. Please join us in welcoming Dr. Sommer to Fresno State. 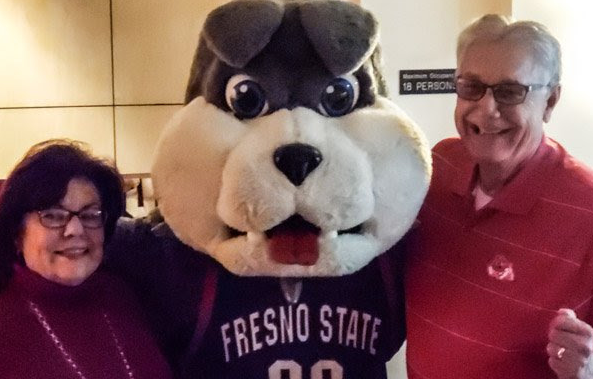 Join us in thanking Larry and Phyllis Isheim who have established a scholarship endowment to support Jordan College students pursuing a degree in agricultural business, industrial technology or plant science. Larry and Phyllis have been generous supporters of Ag One for many years and their decision to support the college with an endowment came with decades of consideration. The seed was planted by the late retired professor, Bob Glim, who told Larry about Ag One when the two were making a business transaction more than 20 years ago. Bob’s testimony inspired the Isheim’s to get involved and thanks to their generous support, this endowment will have an impact on Jordan College students for generations to come. 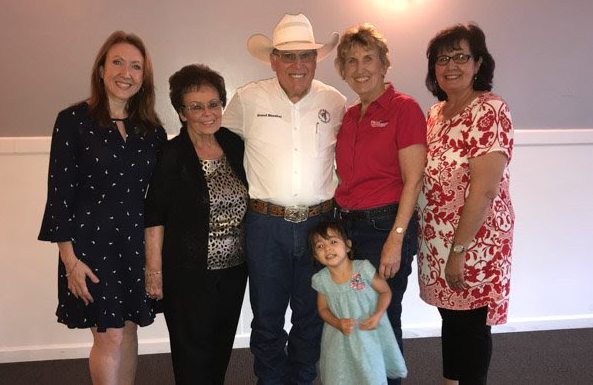 Earl and Beverly Hall have joined in supporting the Bulldoggers Rodeo Team, contributing to the newly-established Rodeo Team endowment. A generous family foundation with local ties made a $250,000 gift to establish this endowment for the Fresno State Bulldoggers Rodeo Team in June 2018, and committed to match an additional $500,000 if that amount is raised by May 2019. The generous gift made by Earl and Beverly will count towards the $500,000 needed for the match. Rodeo is the University's oldest club sport, with a rodeo held every year since 1949. Today, the team is comprised of 44 student athletes who excel in problem solving and animal care. Earl was recognized as the Jordan College Top Dog in 2016 and as the Clovis Rodeo Grand Marshal in 2018. He became a member of the Professional Rodeo Cowboys Association at the age of 18 and has been involved in the sport ever since. Please join us in thanking Earl and Beverly for their continued support of the Bulldoggers Rodeo Team! Support Rodeo 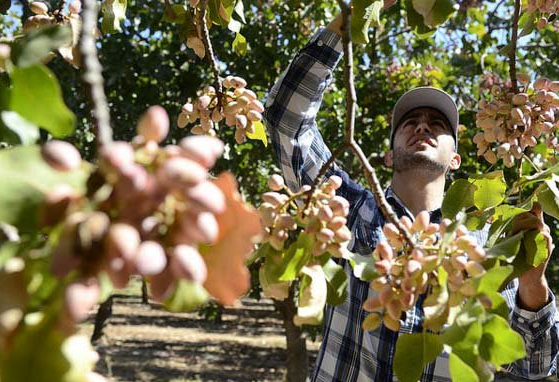 The Henry Mayo Newhall Foundation has pledged to fund $100,000 over two years to support scholarships and fellowships for students pursuing an agricultural degree in the Jordan College.  Their gift also provides financial support to the Farm (University Agricultural Laboratory), where our students work and gain boots-on-the-ground experience.  This is an increase to the original commitment made to Ag One in 2014. The Newhall Foundation supports charitable organizations, hospitals and educational institutions, among others throughout California where their patriarch, Henry Mayo Newhall had his roots and influence.  We thank the Newhall Foundation for their generous support. 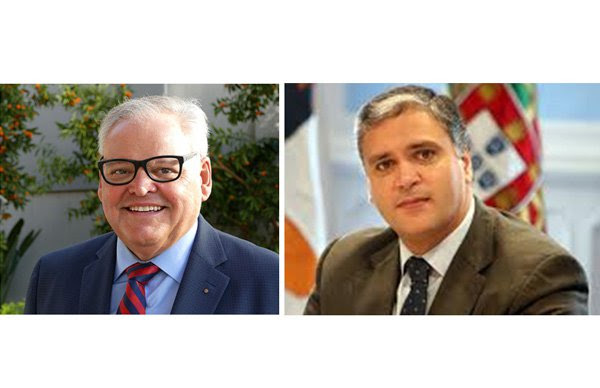 Fresno State’s College of Arts and Humanities, Jordan College of Agricultural Sciences and Technology and College of Social Sciences have named Portuguese language lecturer Diniz (Dennis) Borges as the first director of the Portuguese Beyond Borders Institute. The institute was founded in November 2018 after the Luso-American Development Foundation granted $130,000 to launch a Portuguese-American Oral History Project and a speaker series. “This is a historic moment for the Portuguese-American community in the Valley,” Borges said. “From language courses to oral history projects, from lecture series to teacher conferences, from exhibits to colloquiums, from exchange programs with the University of the Azores and the Jordan College to the Portuguese-American presence in Valley agriculture, politics, business, education and the arts, the Portuguese Beyond Borders Institute, with its mission and its strategic plan for the teaching of the Portuguese language in California, will certainly be an important contribution to our multicultural state.” The lecture series will kick off with it's first speaker, President of the Azores, Vasco Cordeiro, on February 13 at 6 p.m. in the North Gym (Rm 118) at Fresno State.

For more information contact the College of Arts and Humanities at 559.278.3056.

Special thanks to David Sieperda who made quite an impact on the campus farm during his service as Farm Manager. David has decided to pursue another career in farm management in the valley, his last day on campus was January 3. Join us in wishing him the best on his next adventure! 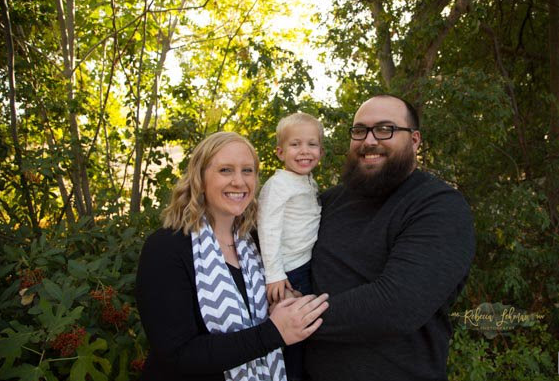 Baby on the way!

We are delighted that Sadie Hemsath (program specialist) is expecting her second baby. If all goes as planned, Baby Brody will be born mid-February. Join us as we wish Sadie, her husband Josh and proud big brother J.D. congratulations and best wishes. While Sadie is away on maternity leave through May, please contact Shannon Fast or the Ag One office regarding any upcoming events. 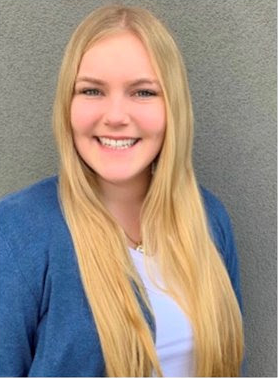 Riley is originally from Chowchilla where she lived until she began her college career at Fresno State in 2018. She is an Agriculture Business major and plans to obtain a career in the agriculture industry in the future. Riley joined the Ag One team in January of 2019 as a student assistant.

Become an Ag One Member!

If you're not already a member, please consider joining Ag One and receive 10% off selected items like wine and olive oil at the Rue Gibson Farm Market! Join or review your existing membership today! JOIN NOW